How could I have missed this? Dr. Phil had the exclusive interview with Casey Anthony’s parents over the last two days and I did not watch it.

I was at work, which is not a good excuse, but a better excuse is I have no idea when the Dr. Phil show is on. I might have been home. There’s a 91 percent chance I was.

Why don’t I religiously watch Dr. Phil? It was his 10-year season premiere after all.

Well I will try to put this delicately because I don’t want to offend people who have an affinity for Dr. Phil.

Dr. Phil is a giant turd. 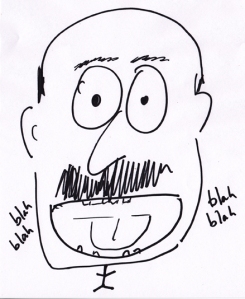 I will have to think of something else.

Dr. Phil is the male version of Nancy Grace.

He is the reason when people say “Don’t you just loovvveeee Oprah?” I say “meh” because she birthed him out of her vayjayjay into our world.

Since I missed the interview(s)–I believe there are 345 of them because this is the biggest story of our lifetime (second biggest story: sugar baby students–tune into Dr. Phil on Friday)–I had to rely on the Today show and the Dr. Phil website to find out what I missed.

I did not pay attention to the Casey Anthony trial, but it seems like a lot of people got really worked up about it from reading Facebook status updates around that time. That is where I get my news. Let’s see who actually pays attention and keeps this going. Repost this if you get your news from Facebook. I bet 93 percent won’t have the courage to make this your status update.

Matt Lauer asked some questions that I can’t recall and Dr. Phil was dickish in his response because he’s awful. He seems to be a really good therapist.

They show some clips from the interviews.

“Do you believe she borrowed a shovel,” Dr. Phil turds.

Matt is incredulous that the mom didn’t say “yup, she borrowed a shovel to bury her daughter whom she killed.” Good thing no real news is happening today.

On Dr. Phil’s website is a very tasteful and very non-turdlike promo for the interviews that is in the style of a Fast & Furious XXXIIXXVVVV: Fasterier Furiouser Fastest Fastener Fast trailer.

“There are millions of people in America now who want to shake you awake,” turds Dr. Phil.

“Will it be the breaking point?” asks the narrator.

“I was going to kill myself,” says the dad.

“Or the BREAK THROUGH” drones the narrator.

“In your mind you know the truth,” bleats Dr. Phil.

Yes. The truth is that you, Dr. Phil, will make a lot of money on this–the same way you make money from parading out and self-righteously judging the sad, lost people of the world for enjoyment–and I will be writing another blog post about your 20-year season premiere because for some reason people feed on others’ misery.