So the writing isn’t the toaster at all. Quite the contrary, it is quite fishsticks.

The problem is one of motivation.

I am totally crushing it in other facets of my life. For instance, my pizza shop is doing extremely well in Webkinz world. 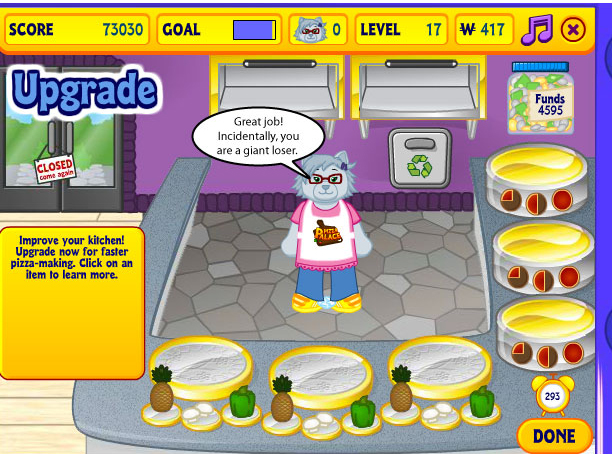 They may be on to something.

It might have something to do with this book I’m reading. It’s called The Sixth Extinction and it’s about our role in the extinction of countless species which may ultimately lead to our own extinction. To put it simply: we are fucked. Royally.

I just finished the chapter on frogs. Frogs are the cockroaches of animals. They can live anywhere except for Antarctica because SMART! They have been around longer than dinosaurs. And now they are dying and becoming extinct. Likely when I just typed this sentence, another frog species bit the dust.

So everything is awful and the world is ending, and this might be why I don’t want to write about Lindsay Lohan’s new reality show at OWN. What am I saying? Of course I will be writing about that.

There still is some pffttt happening. And the pffttt could be because some people have gotten a woody in the pants from the polar vortex. As if extreme cold is normal and not something to freak the fuck out about.

At least I know how to end a blog post appro

Donald Trump may seek the GOP nomination for govenor of New York.

This is news, people.

In the same way, it was news when Donald Trump declared he was running for president those 4,001,321 times. Or when he fashioned that ridiculous hair mop he wears on his head from wood shavings and a can of KRAFT® Easy Cheese.

The frequent-bankruptcy-filing “billionaire” says he is considering running because he believes he can win.

Trump was at some Republican fundraiser on Friday to  prove that a person can still communicate even when it’s clear one’s brain is disconnected from one’s spinal cord.

I’m not a fan of Gov. Andrew Cuomo. I voted for him only because the other guy wanted to convert prisons into “welfare dorms.” Now if Trump seriously gets the nomination, and that is a big bloated if, I will once again be forced to cast a vote for a politician who routinely denigrates my profession as an educator–as if we are all educators at Donald Trump University.

At the $100-per-person event, Trump outlined his platform. He would turn New York into the energy capitol. He has volunteered to act as the state-wide gas bag. He supports hydrofracking and wants to repeal the NY SAFE act, which requires ammunition dealers to do background checks and the creation of registry of assault weapons. It also requires mental health professionals to report credible threats made by a mental health patient.

Trump stated that he himself is licensed to carry a gun.

I wonder if I can find that number to make a report.

More importantly Trump touted his number one issue–how to stay relevant beyond his woman parade pageant and his nonCelebrity Apprentice snoozefest. 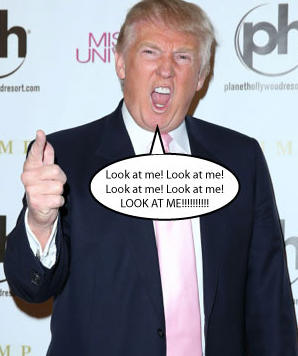