For starters, I just went through the local shopping circular to find daily post ideas. Did you know that laundromat on Main Street offers free Tide on Tuesdays and Thursdays? Holy fuck that’s a good deal.

I tried NaNoWriMo once a long time ago when I was a wee lass filled with big dreams and hope. I lasted two days. I just don’t have the stamina for novel writing. I start strong, but  peter out, kind of like a Rand Paul speech before he lifts full paragraphs from Wikipedia and Ayn Rand’s LiveJournal.

I do have awesome book ideas so maybe you, one of my faithful readers, can take one of my ideas and make something out of it.

Bellana Swansteele is a virginal factory worker in a silver bullet factory. Edwarstian Cullgrey is a wealthy werewolf. Bellana is inexplicably drawn to Edwarstian when he pisses a circle of urine around her.  They become lovers the night Edwarstian humps her leg vigorously, but will their love survive? Edwarstain can’t seem to stay off the furniture and eats the newspaper. Bellana has mousy brown hair, an inner goddess and a super vagina. She knows Edwarstian is dangerous because he sheds and claws up her couch. She believes her super vagina can change him for the better or at least train him to use the litter box. Holy cowshit! 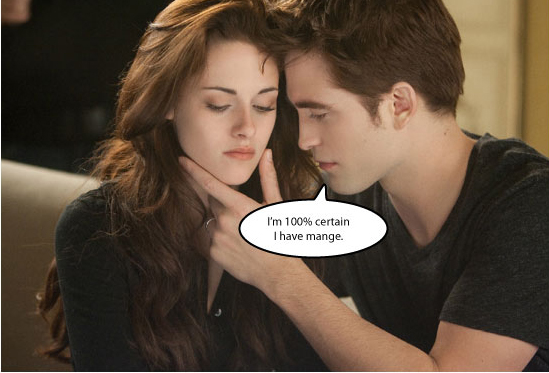 2. The Next Gone Girl

I don’t really have anything more to add to this. I just figured any book that outright said it was the next Gone Girl  in the title would be an instant bestseller. Shit, you could probably make it about that laundromat offering free Tide on Tuesdays and Thursdays. Then have the Tide replaced by Gain to give it a twist.

Symbologist Tom Hanks discovers a murdered body by a velvet clown painting at the Antique Roadshow and thus uncovers a battle between the Scions of Elmo and the Muppets of Grover over the possibility that Snuffleupagus was really the son of Gordon. The velvet painting bears the inscription “happy little trees” which Hanks sees as a clue to solving the puzzle of Snuffleupagus’ paternity.

This distopyian novel is set in the distant United States where obese people are put on display and subject to ridicule by a short, toned, shrieking thing called The Jillian. The Jillian forces the obese subjects to do push-ups on camera and strip down to their skivvies for the weekly weigh-in. She tortures them with platitudes like “Unless you puke, faint or die, keep going.” Will this boring nightmare ever end?

Men and women are so different–it’s like they’re from other lands or planets even!?! Men like to hunt and rape bears while women like to sew and bathe in chocolate. Men eat batteries. Women drink buckets of orphan tears. Men like to dangle their dingles off bridges while women like to get paid less for the same job. Will these two genders ever see boob to eye?

So get writing….you just have to promise me 50% of the profits.

Speaker 7 is not writing a novel but is writing a post every day as part of the Nano Poblano Team. This may make a good novel idea….or not.