If you are new to this series, you can read the other recraps to catch up or you can go outside and enjoy yourself:

But first a word from our sponsor: 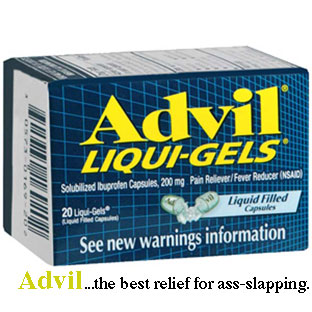 Oh yeah, gentle reader, this is where things get…um…what’s the word I’m looking for? Crap? No, not crap…um…constipated? Sure let’s go with that.

I should also pick a character to represent the stern, disapproving, ho-calling subconscious. She is one mean mo-fo. 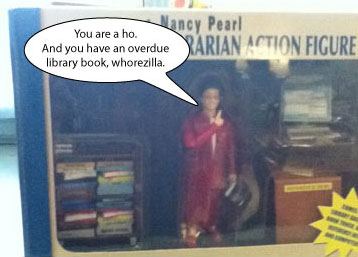 Okay with that out of the way, let’s get to the sexing. 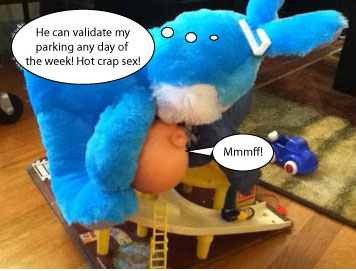 And even more sexing:

Christian then wants to know when Ana will next menstruate. Crap sausage, that’s personal Ana thinks as Christian’s condom narrowly misses her face. They have some conversation about something…I don’t know…box scores, rat traps, Pepsi vs. Coke? I don’t know, but Ana rolls her eyes and Christian says it’s time for the spanking. That is so… hot. 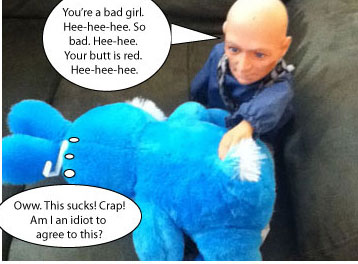 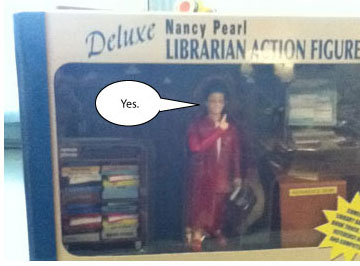 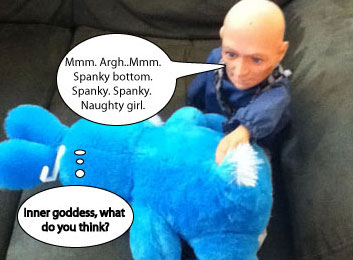 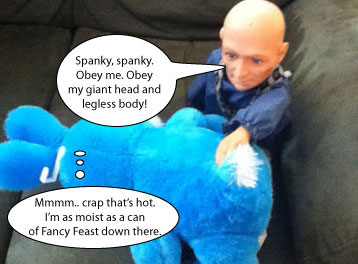 Christian leaves Ana with the advice to take two Advil. What? Yes, Advil, you can run your ad again:

Ana is all bummer in the summer. She’s blue, but her ass is red. Crap, this sucks. I’m double-crapped sad crap boo-boo, she thinks. She emails Christian:

He comes back, gives her Advil (not again, Advil) and spends the night. The next day, he sends her a BlackBerry at work: 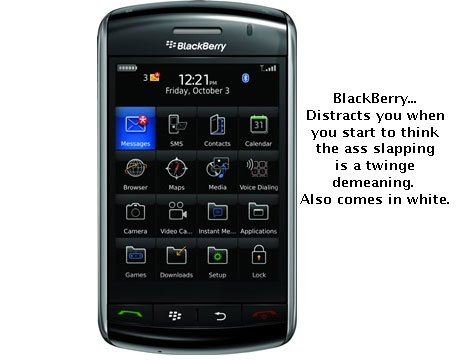 I peeked ahead. Next section includes a gynecological exam. Crap, that’s hot. Where’s that frying pan?