I watched Donald Trump’s speech Thursday at the Republican National Convention. It was…uh…good? I’m afraid I don’t know what words mean anymore. It was definitely loud, I’ll give him that. Lots and lots of yelling. I felt like I was back in 9th grade band.

I had not realized that America had become the Thunderdome, a hellish landscape filled  with marauding gangs of illegal immigrants in place of bikers. Um, okay?

It was a laundry list of a country in crisis. While it was low on information and high on fear mongering, it had little in how Trump will actually accomplish anything other than by saying “believe me, I’ll do this.”

I’m sorry, but I don’t believe you.

I condensed the best parts of the speech:

He insisted he would honor us with his “truth.” 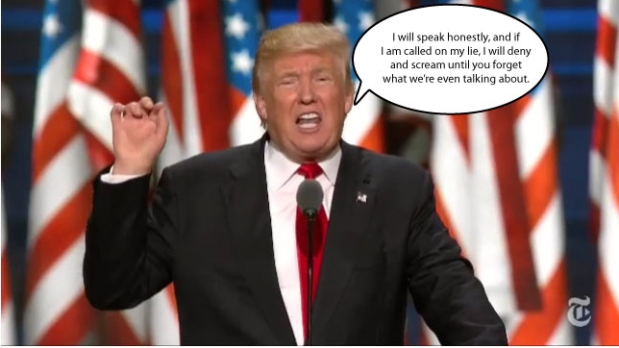 His obvious affection for the GLBTQ community 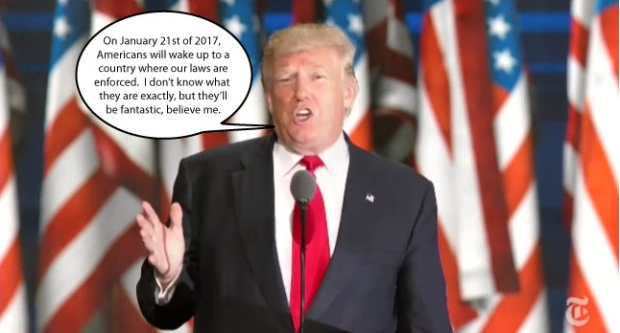 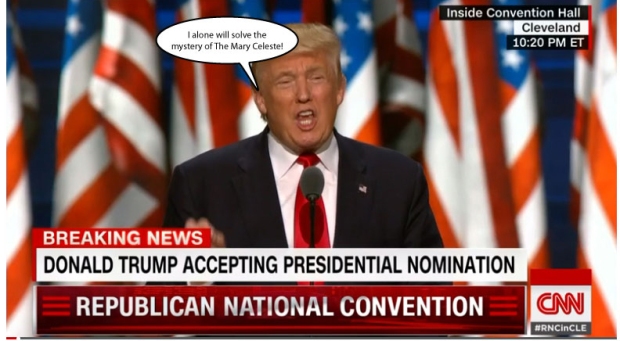 He declared he was the voice of the voiceless. 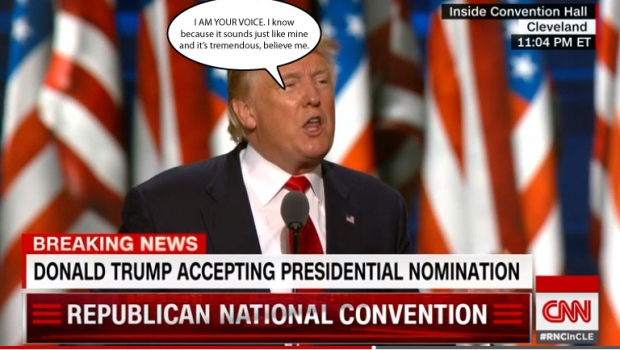 A few other gems: 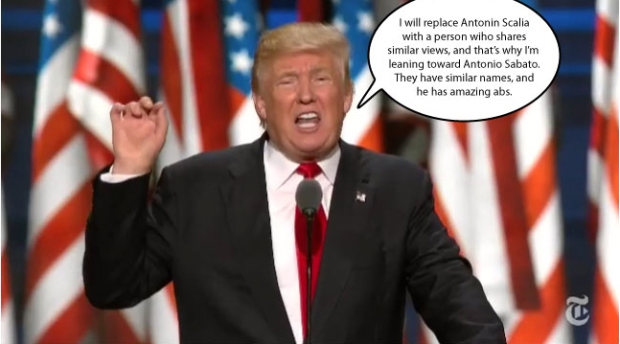 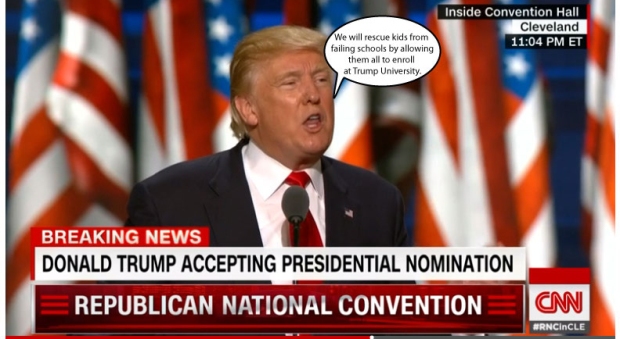 I don’t know. It kind of smells like napalm.