I have been experiencing insomnia, but it will stop because I now know People magazine’s “Sexiest Man Alive.”

It has placed its honor on a big bag of spit.

No, that can’t be right? Let me put on my reading glasses.

I wonder what criteria the magazine uses to make its selection? I tried to find the magazine’s masthead, but the overpowering smell of perfume ads knocked me out for 20 minutes so I abandoned my quest.

There’s lots of men out there, like, over a thousand or something so what made Brad Cooper stand out? I read the interview. He has teeth and two eyes. He eats 2,000 calories a day. He’s half-Italian and uses something like Rogaine, because “nothing’s worse than hair that’s not thick enough.” He laughs when people trip and fall. He likes necks, feet, hands and backs.

I looked up “sexy” in the dictionary to make sure it still had the same definition. It still means to be appealing.

I am beyond shocked that my idea of sexy conflicts with People magazine’s idea of sexy. It also thinks Simon Cowell is sexy when he says things like: “I get bored very quickly.”

I feel the same way when watching The X Factor.

Who is to say which sexy is the right sexy or the wrong sexy? (Answer: me)

I think the sound of wet dog food plopping into a metallic bowl is sexy. Nothing is hotter than band-aids . . . or Cheeto-stained fingers for that matter. I also like a good canteen.

My husband and I have an agreement. We have a list of five famous people we can–to use the parlance of Frank Reynolds–bang without there being any repercussions.

This is my list: Vladmir Putin, Dick Cheney, Voldemort, Montgomery Burns and Zac Efron. What can I say? I like my men bald and evil.

So yes there clearly is something horribly wrong with me so my halfhearted response (I clapped only with my left hand and it sounded like a tree falling on a bear shitting in the woods) in seeing Bradley Cooper on the cover is to be expected.

Sure Bradley Cooper has kind of a douchey vibe, but I’m not going to get all riled up and go protest something that is basically a giant marketing scam to get people to buy magazines and go to movies because who would do that? … Oh right, these people:

That is the sexiest protesting alive.

It’s loud. It’s an assault on all the senses. It has “celebrities” who are unrecognizable.

But I was compelled to watch tonight. Why?

Richard Simmons was weighing in about overweight actresses. I saw a commercial for this segment during the Dr. Oz show. Why was I watching the Dr. Oz show?  Well, when I was flipping through channels, I saw Dr. Oz throwing confetti at a woman holding a posterboard that read “mucous” and thought “This seems science-like.” The commercial for Richard Simmons’ appearance occurred between that and the segment where the woman dipped her hand into two different gallons of mucous. When she pulled her hand out of the thicker beaker of green goo, I began to think “Wait, what the f*** was Richard Simmons wearing?”

So I knew I had to watch it later. I had to slog through a never-before-seen Breaking Dawn exclusive where Taylor Lautner feigned acting in front of a green screen and some other random person said I could share my Twilight contribution to the Twilight time capsule, and I cut a little bit into my arm just so I could feel something.

I had to watch a Kohl’s commercial passed off as a segment on women wearing men’s clothing according to the trend guy(?), and the items of clothing were a sweater dress over tights and knee-high boots.

I had to watch them break down the power of Cher. They interviewed the Moviefone guy. He said. “If you’d like times for Footloose, press 1. Human Centipede 2, press 2.”

I had to listen to some woman screaming about old women dating baby men. Linda Evans from Dallas dated Yanni. She said she got plastic surgery because of it. “I was dating a man 20 years…..er….12 years younger,”  almost slipped, Linda, keep it together, she thinks to herself…and then I had to listen to John Mayer sing and I frantically looked for a silver-plated letter opener to jam into my ear to bring about peace.

But sweet relief…the Richard Simmons’ segment came on….and yes, he is wearing a black tank top covered in pom-poms. And I’m waiting for someone to ask “Okay, so what the f*** is up with the pom-poms?” Instead Richard Simmons is asked about overweight actresses.

“We judge people by the pound,” he says.

And the next logical follow-up question is clearly “Right, but what the f*** are you wearing?”

But it’s not. They talk a bit about actress Melissa McCarthy and Richard–wearing a black tank top covered in pom poms, I mean, it’s nearly impossible to discern the color of the tank top due to the amount of pom poms on it–says he would like to kiss her, and that when you make fun of yourself that’s okay, but when other people make fun of you it’s not.

So I guess the pom-pom covered tank top is a challenge? I don’t know.

All I know is after watching nearly 23 minutes of Entertainment Tonight, I would welcome sticking my head into a vat of mucous.

Here it is Labor Day, and I’m trying to be all relaxed, and then I read this:

And I’m enraged by the injustice of it all. Apparently the Hollywood Chamber of Commerce was asked if it would consider “reality” “stars” for the Hollywood Walk of Fame. It responded “Hell to the no” on its Facebook page thereby coining one of the most interesting turns of phrase in our lifetime. You go, girl! Hey, that one’s pretty good too. Make sure to credit me if you use it.

I have never seen Keeping Kup Kwith Kthe Kardashians, but I am aware of Kim’s oeuvre:

How is Kim’s career any different than say Walk of Fame recipients’ Bob Barker (sex tape) or Big Bird (big ass)? I’ll answer that: it isn’t.

So where’s the love Hollywood Chamber of Commerce? Are you worried that if you bestow a kstar on Kim, you will open the floodgates to any carbon life form who willingly invites cameras into his/her bathrooms? You should be because that will likely happen. Do you think people will question your wisdom by honoring Kim before honoring many other much worthier stars?

Well I have made things easy for you. I have come up with a list of celebrities who will be required to receive a star on the Hollywood Walk of Fame before Kim Kardashian thereby making her inevitable induction easier to swallow. 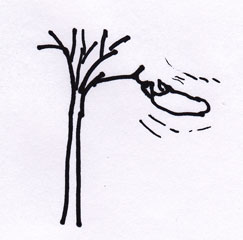 The bag from the movie American Beauty 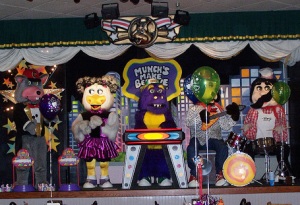 Muno from Yo Gabba Gabba

Bubonic-plague Wench #4 from The Renaissance Faire 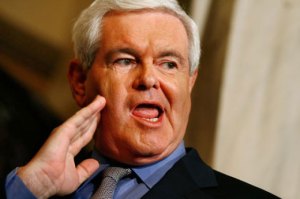 The horse from Most Eligible: Dallas.