I’m taking a momentary hiatus today from my Fifty Shades community service obligation to attend to an important issue. Don’t worry, gentle reader, I am almost certain Ana and Christian are happily poking things in their respective holes while I focus on something else.

So much has happened last night, and it would be amiss not to talk about it.

I’m going to give you a few seconds to let that sink in.

Yes! But this one is waayyyyyyyyy more bachelorey. According to Doris Kearns Goodwin’s A Pad of Rivals, “(t)he sexiest, most outrageous and most controversial bachelors and bachelorettes in bachelor history are back.”

It’s true! There’s that guy who can open and close blinds, and the one who can sit contemplatively on steps. There’s the woman who has grown so much and the other who uses the word “frenemies” and looks like a bloated Paris Hilton. And then there’s that guy who drives up to the camera and says “I’m back.”

Okay, who are you exactly?

“I’m pretty sure America hates me,” he continues.

“I’m pretty sure I don’t know who you are,” says America.

This is him. Maybe you know him? 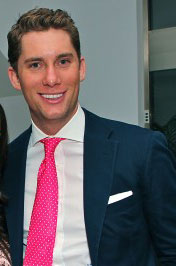 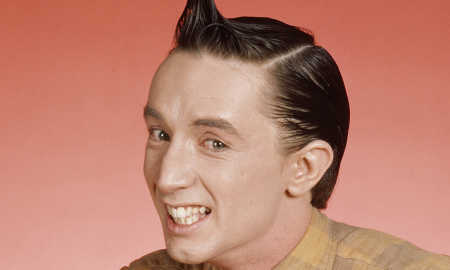 Host Chris Harrison is standing in front of the mansion and he tells us for the ninth time that these are the most memorable people, which helps because I don’t remember anyone.

Now apart from the most memorable contestants in the history of this sentence, there are also some “lucky” fans who will get a chance to contract chlamydia from their most favorite bachelor reject.

There’s Paige who looks exactly like Ellie Kemper. “I’m so excited. Is this real life,” she says.

There’s Chris who is a SWAT officer and is shown shooting guns and tackling people. He loves The Bachelor franchise. He loves it so much that his judgement is clouded and he allows himself to be filmed watching The Bachelor. By himself. In a candlelit room. In his blue pajamas. Sipping wine so intensely I think his eyes are going to fall out.

Then there’s Donna. She parades around in bikinis. She believes The Bachelor was literally made for her, further cementing the truism that no reality television contestant knows what the word “literally” means. For further proof, check out my recap of Bachelor Pad 2. And yes, I lead a very fulfilling life while I watch this show in my Forever Lazy® guzzling my box of wine.

Then there’s David and he boxes and is literally four-feet-tall.

And finally, without further ado, I’ll lift up this latch and here’s Twin 1 and Twin 2. Now these twins are a hoot, they’re so so much fun, but to speak very plainly, they’re dumb, dumb, dumb, dumb.

The tension is mounting, someone unrecognizable says. I look in the dictionary to make sure “tension” still means the same thing.

First limo arrives, and it’s…the guy who can open and close blinds, Chris B. He’s here to heal. Sure.

Then it’s Lindsey and she was on that Bachelor starring the guy who looks grimier than John Mayer.

Ed arrives. “What am I doing here?” he asks Chris Harrison. He then sees Chris B. and Lindsey. “What’s going on here?” Hm. Does he really not know?

Then Nick shows up and he’s bright red and then there are so many people who are so controversial or unrecognizable.

Donna the fan arrives and she is all a-fluttery over Chris Harrison and shits herself when he says her name. Awww.

SWAT Chris takes a picture of himself with host Chris.

I seriously think these fans want to have a relationship with Chris Harrison. I would if I were on the show. He seems the most clean.

Ed, who still possibly might not know where or who he is, strips to his underwear and jumps in the pool.

Chris Harrison shows up to explain the game. The contestants pair up, compete in challenges. If you win, you get an immunity rose. Boys vote off a girl and girls vote off a boy. Some couple will win $250,000. No one leaves with their dignity intact.

First competition involves the couples cramming themselves like factory-farm chickens into these hearts. The hearts are suspended in mid-air and tipped forward every couple of minutes. Whichever couple stays the longest, wins.  This is “tense” and “memorable” and “exciting”.

The twins and boxing David win. Erica and her partner Unmemorable lose and immediately get one elimination vote cast against them. The Bachelor veterans are pissed because they hate the twins.

David and the twins go on a Bachelor-style date, and they reminisce about how much it reminds them of all these other Bachelor dates–Oh! This is like that date where Bentley gave Bloofely herpes!–…and jesus christ, young people. You know in my day, we kept our obsessions with reality television stars in the privacy of our own homes with our stalker shrines and vials of urine.

This leads to a big confrontation between Erica and David where Erica speaks in a valley girl monotone that make her threats seem chillingly chill. “I think you’re an ugly loser and your plan is not going to work,” she drawls. “Who calls themselves a fan, like that’s pathetic.”

Another moment of lucid thinking.

People start campaigning as if they are Kelly Taylor vying for homecoming queen in an episode of Beverly Hills 90210.

Rose ceremony time and SWAT Chris and Paige get kicked off. Donna is spared because of her giant breasts, David realizes his days are numbered and the twins stare off into space with their dead, dead eyes.

Upcoming challenge involves a spelling bee. Not to be missed.