Ann Curry has a crisis. Her house is a mess although it’s unclear which of her houses she’s talking about–probably that unoccupied $2.9 million townhouse that’s been home to some squatters. Her photos aren’t even put in her photo albums!! They’re, like, stuffed in some box. Wait–people still have actual tangible photographs?

But it turns out it’s good that one of Ann’s houses are a mess because it shows she’s not trying to be a “supermom.” Today I learned from Today that some people actually think of themselves as supermoms and that these people are likely to be very depressed according to a supermom study. I personally have become depressed from just watching this Today show segment because I realized I was watching Today.

An assortment of supermom experts are interviewed (I believe it’s a major offered through the University of Phoenix). One says that if you are a mother who doesn’t mind that your husband is a lazy pile of garbage, you will feel less depression over having to do all the housework and childcare after toiling all day in the mines. I don’t see how that’s better than being a supermom, but okay.

Another supermom blogger says she embraces supermomdom. She says this via Skype because she’s trapped in her apartment with two young kids. She’s a happy mom, she says with a tight smile. Keep it together, Supermom…You are a SuperGODDESSmom. . .You can scream into your pillow when the camera’s off. . . okay make your eyes wide, but not too wide when you say “We certainly are not all depressed.”

So how did this supermomphenomenon get started?

Motivational speaker Lisa Earle Mcleod says that women visualize that their lives should look like magazine photo-ops. Hopefully not this one: 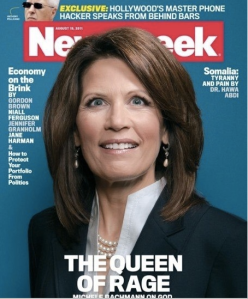 Women need to chill, says McLeod, author of the blog “How Smart People Can Get Better At Everything.” Women need to focus on purpose and not perfection and when they have a larger purpose, or special purpose if you are Navin R. Johnson, then they have a filter to focus on what’s important, according to McLeod. If you’re just focused on perfection, “you are a gerbil in a cage!” She kind of shouts that last part, but then I remember she is a “motivational” speaker.

So buck up, moms. You just have to find a larger purpose while you are working that job and raising those kids and doing that housework and finding that filter and avoiding that gerbil-in-a-cage thing. And then you can get better at everything.